From 1850-1856, James Jesse Strang (image below) lived on Beaver Island as a self-appointed king among the Mormon adherents who declared allegiance to him after the death of Joseph Smith.  Strang commanded a loyal following from his congregants but it often brought the Strangite Mormons into conflict with the judiciary in Mackinac.  These disagreements drove the Mormons to seek local and state political office and culminated in the election of Strang as a state legislator.  It was through this office that Strang would seek to change the fortunes of his community and alter the geography of Michigan in the process.

Among the many pieces of legislation that Strang would sponsor in 1853, the most impactful would be the reorganization of Emmet County by absorbing Charlevoix County, Beaver Island and smaller surrounding islands.  This quadrupled the size of Emmet County and placed the county seat at St. James Township on Beaver Island.  The Strangites had achieved political and judicial independence from Mackinac at last.  Following these actions, the island flourished as the Strangites dominated much of the fishing industry and St. James Harbor became the major stop for steamers between Detroit and Wisconsin.  This boom period would not last long, however, as the legislative session of 1855 would see Strang surrounded by mostly new colleagues, unfriendly to his cause. 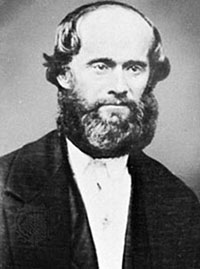 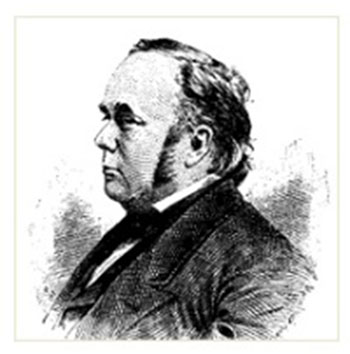 Unsurprisingly, the representative from Mackinac County, Jacob A.T. Wendell (image above), led the fight against Strang’s efforts in the house.  He was backed by a number of petitions and letters from residents of Emmet, Charlevoix and Antrim counties demanding that Beaver Island be removed from Emmet County, effectively isolating the Strangites from the mainland.  Wendell’s efforts were successful and an easy majority passed legislation to have Emmet County contain only mainland townships.  The legislature passed a companion bill organizing the county of Manitue (later spelled Manitou) that allowed the Strangite legal jurisdiction over the Beaver, Fox, and Manitou Islands.

Alas, the hostility between the Mormons and their ‘gentile’ neighbors was too great for even this arrangement to last.  On June 16, 1856, two of Strang’s former followers shot and mortally wounded him in full view of US Naval Officers and sailors docked at St. James Bay.  In the weeks that followed, mobs of angry residents from the mainland forcibly cleared the island of all inhabitants and the ‘kingdom’ fell.  With such dramatic depopulation, Manitou County had little purpose to continue existing and in 1895 would be divided into the counties where they reside today.

Maps that display the changing political boundaries of Northern Michigan can be seen in the Map Library exhibit case starting June 29. 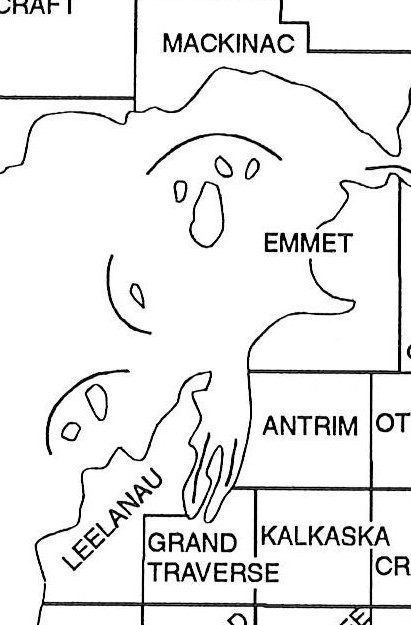 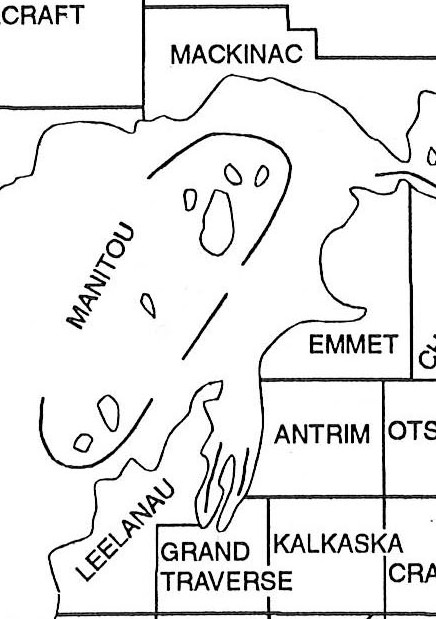